I know I’ve had a lot of posts lately about my books, but I promise I have a bacon post coming up.

If you are a man reading this, please comment as to if that word caused some type of reaction within you. I’d like to know for my research.

Today, I want to talk about book covers. I’m not an expert, and for as many times as I’ve

changed my covers, I am definitely not the person to be giving you advice.

The look of a cover is not a deal breaker for me, but some definitely pull me in more than others. I do like when a cover gives me an idea about the book – at least the genre. I saw a lovely cover recently that gave the impression of being a memoir, both via the title and the soft abstract style of the design. I was surprised to read the blurb and discover it was a romantic comedy.

I know my covers don’t follow the rules of the experts. They wouldn’t like the font, the placement of my name, or the fact that they are on the “busy” side. They would be critical of my using a clichéd pink theme for chick lit. I don’t care. I wanted pink covers, and I was going to have them.

It was my idea to have Susan in gym clothes with a racquet in Florida. I thought racquetball would play a strong role in all of the books, but it doesn’t. It isn’t even the main theme of Sunshine Hunter.

After the fifth book was published, I knew it was time to make the first one free. Then it hit me – change the cover again! I sent this note to my niece: “You won’t believe this, but I want to go back to Sunshine Hunter. I think the sports theme is keeping people from giving the book a chance.”

The book is chick lit first. There is a mystery, a little romance, and some humor. Having a

racquet on the cover was definitely giving the wrong impression. I think I realized this several months back, but I didn’t act on the nagging feelings.

The book went free at Barnes & Noble on February 20. The cover change showed up the next morning. I saw later that the book was promptly listed by two Nook Facebook sites, and the downloads at Barnes & Noble started right away. I didn’t know it at the time, but sales of the other books in the series started the very next day.

I truly believe that changing the cover on Sunshine Hunter to a cuter, more girly cover representing Chick Lit made a huge difference in people choosing to download the book or not. To all of the over 20,000 people who have downloaded the book so far – thank you! Thank you to everyone who has read their download, and another big thank you if you have chosen to read more of Susan’s (mis)adventures. I’m grateful and appreciative. 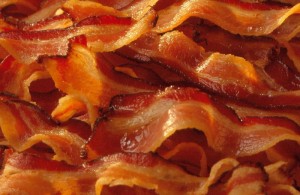 Have you always loved your book cover? Have you had any nagging feelings about it? Have you changed your cover, and if so, how many times? I know I’m not alone in this.

95 thoughts on “Is Your Book Cover A Stinker?”