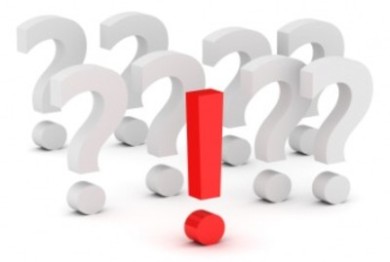 I’ve always believed my books were entertaining, and I’m grateful to the few people who read and enjoyed them before I signed up for Robin Coyle’s blog class – Strong Words vs Weak Words. Robin has a wonderful way of taking mundane, lackluster, weak words and rewriting them into expressive, action-oriented sentences. Her examples are usually tongue-in-cheek and entertaining. Here’s an example of her elimination of the weak word “put.”

I put my fingers in my ears to drown out Robin’s yammering.

Have you tried earplugs? Better yet, try noise-canceling headphones.

Even with my fingers shoved in my ears, I could hear Robin’s incessant screeching.

She threw a curveball at me recently. She wanted me to look at exclamation points. What?! I love exclamation points! To be fair, so does she, and she uses them liberally in her blog, but not in her book. Sigh. I’ve been on board for the entire ride, but I got off at the exclamation point station to see what I could find out about this.

I started searching and reading articles and blog posts that were written entirely about author and editor hatred of the exclamation point. A children’s book editor said any picture book showing up with exclamation points all over the place is immediately dismissed. I’ll concede that point. A picture book has both words and pictures to show excitement. But let’s take a look at what else I found.

“It pains me when I see them.”
“They take away from the message.”
“An exclamation point is the cheap whore of punctuation.”
“I can barely stand reading sentences that have this mark at their end.”
“Exclamation points, you see, are evil.”

Wow! That’s some pretty strong emotion against a proper piece of punctuation.

I haven’t read The Bonfire of the Vanities, but I do believe the book is still a hit with its 2,343 exclamation points. The book debuted in 1987. Maybe people didn’t hate the exclamation point so much back then.

I will not give up my exclamation points. Well, in my soon-to-be released book, I did throw out 29% of them – thanks to Robin – but I’m keeping the rest. Here is just one example of a keeper exclamation point:

“What’s this I hear about a secret passageway?” asked Larry before calling, “Trump!” and slamming his last card onto the table.

Should I have written all of that in the book? Should I have shown Larry getting all worked up in his seat over a card game? The exclamation point did the work for me, and the scene isn’t Larry’s anyway. I don’t want a lot of descriptive writing in my books. I want just enough to show the scene and allow my reader to take it from there. Exclamation points alleviate a lot of explaining and describing.

But I will also be the first to say I’m not giving advice to anyone. I’m just showing my stubbornness. Maybe when I’m a veteran writer, I’ll write a blog post laughing at my folly as a novice, and I’ll write about my naiveté and how much I now despise exclamation points. (But I doubt it.)

Big Easy Hunter is probably my favorite of the four books. It not only starts with dialogue (another perceived no-no), but the first sentence has an exclamation point: